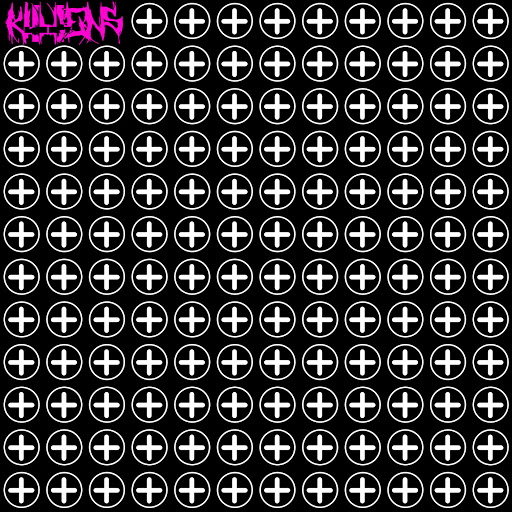 https://kittensnoise.bandcamp.com/album/kittens
We're an international noise rock collaboration! Our members live in the US, Italy, Colombia and the UK, and we’ve known each other for years. Our various lockdowns gave us the perfect excuse to join forces and record a bunch of noisy songs about monsters, bastards, existential crises, reanimated corpses, and true love.

Song parts were jammed via video calls and recorded individually, then sent to each other. Regular online chats meant we were all on the same page as far as songwriting went, with the final tracks being produced by Romero (vocals/programming) in Colombia.

Our combined influences are, fittingly, all over the place, but overall these bands are touchstones: Unsane, Godflesh, Distorted Pony, Mortician. We’re also aware there used to be a noise rock band called Kittens, but we’re not them. We do, however, heartily recommend their Tiger Comet album. The album/ep/whatever you want to call it is available via our Bandcamp page above, but you can also stream it on Spotify, Apple Music, Deezer, and a bunch of other places, by clicking here: https://ditto.fm/kittens-kittens (or just go straight to Spotify if you like https://open.spotify.com/album/1VlTmgfdwPGtq5sMwk0wGb).

And for anyone who reads this and is either interested in getting a copy, or knows someone who might like it, help yourself to a free download code! First come, first served, so if one doesn't work, try another.

Feliz Año! If I don't include the tilde above the 'n' this post heading would mean 'Happy Anus'.

We're now 17 days into 2020! As noted back in September, I had a bunch of irons in the fire...so what's going on right now? As often happens, I end up doing a bunch of creative stuff so that one or more things fall by the wayside (due to time, mainly). However, I've been full steam ahead with Cardboard Dead Boy the last few months.

MUSIC
My music isn't on Spotify etc any more because of the cost, but once I've got enough new material I'll be flooding the internet with CDB again YOU'D BETTER BELIEVE IT.

I've mostly been REMIXING. This gives me a) a chance to practice writing jazz beatz and b) brings my music to a new audience. If you'd like to be part of that audience, point your eyes and ears HERE.

WRITING
The main reason I started this blog way back in, I think, 2009(!) was to showcase any and all stories I had published. I haven't had a lot of time in the last few years, for various reasons, to focus on writing, but that doesn't change the fact I've had almost thirty stories published - many in anthologies. Click the Amazon Author link over there --> and you'll find a bunch still available!

My current plan, and one I've been very steadily working on, is to rewrite/clean up a bunch of my previously published stories that are now out-of-contract, and stick them in a new collection. I don't have a deadline for this, but probably should so it lights a fire under my arse. So let's say...February 29th 2020*. If we're living in a leap year, might as well do something a little weird on that extra day.

One thing that slows me down in this regard is, ironically enough, a writing job I've picked up so as to bring a bit of money in whilst I'm a stay-at-home dad. It's articles, on a variety of subjects, and it is pretty interesting. Just yesterday I looked at the legalization of marijuana, and last week I researched NFL injuries. Two things I couldn't care less about, yet I still found something interesting about them both.

This job entails running articles through various services to check grammar, etc. One of those is Hemingway. I know these kinds of 'writing style' apps have gained more popularity in recent years, but I hate them. They grade your writing on an arbitrary scale that does not take into account your writer's voice, language and grammar differences (and believe me, after teaching English as a foreign language the last few years, there are plenty of differences to take into account).

*the thing that slows me down the most is that I want to include a brand new novella, but it's not finished and may not be for a while. I'm writing it with very little planning, to see what comes out. So far, some really weird stuff and I think it's shaping up nicely. I'm also looking at self-publishing a novel, but I kind of don't want to do this until I can get a solid marketing plan into action.

The other thing to take into account when submitting stories is that it takes a while. Ideally, you should give yourself a full day to research and hit up a bunch of suitable markets. It becomes a full-time job in itself. I'm also aware that, when I started getting things published, I was caught in a perfect storm. I joined a couple of really supportive networks (Cafe Doom and the Library of the Living Dead) and benefited from that immensely. Both those networks technically still exist, but time has done what it must to all things and weathered them away to a shadow of their former selves.

Anyway, before I start getting maudlin, let's have a look at:

GAMES
I haven't worked on any video games since September last year. To be honest, I think I needed to give myself a bit of break from this because I was pouring a ton of time and effort into it that I really should have used on music/writing.

Again, the aim is still to have an actual game finished and (hopefully) available in various online stores, but I'm going to really take my time with this one. My writing should and will take precedence.

And that's your lot!

Honestly, I'm as surprised as you are.

I originally started this blog so I had a regular place to talk about all my creative endeavours, especially writing. Over the years, I also talked about music, travel, films...all kinds of things. Since moving to Colombia at the start of 2017 to, quite literally, start a new life, my writing had to take a backseat to my day job (teaching English). I still did it, but not as much (it 'helped', that before Colombia, I was largely unemployed for two years, so time to write was a luxury I had).

Then, last March, I started a different teaching job with substantially more hours. My writing basically dried up, not because I didn't feel creative, but because my creativity was being channeled into making videogames and music - and also trying to find time for writing would have been too much to take on. So writing faded into the background.

BUT NOW! My oh my. I recently had a baby. I mean, I didn't literally pop him out - you can thank my partner for that - but I helped make him. I'm looking at becoming a stay-at-home dad, at least for a bit. This means, for the first time in nearly three years (and somewhat ironically, given that newborn babies are a handful and supposed to take up a lot of your time), I'll have time to spend writing.

I'll still be working on videogames and music, but I'm learning to manage my time with these activities, too. For instance, for the last year or so, I've been hammering away at 'game jams', which are themed competitions (usually just for fun) that are designed to encourage creativity in a short space of time. I really enjoy doing these, but it would be nuts of me to try to keep doing them, so instead I'm going to focus on completing one or two games in order to release them properly (ie. retail, on sites such as Itch and Steam). You can eyeball everything I've done so far HERE! [Cube Road is the main game I'm working on right now].

Music-wise, writing this for games has itself been a fun challenge. I've steadily been working on new Cardboard Dead Boy stuff, which I'd like to release by November but we'll see how that goes. For now, you can stick your eyeballs HERE for new stuff (which there will be sooooooooooooooon).

And now back to the writing. I'm in the process of compiling details of all my publications to date, as well as reviews (of which I've had a very nice amount of positive ones). Before Colombia, I also edited/formatted novels/anthologies, so I'd like to get back into that, too. I'll update this blog soon with details related to this. Fiction-wise, I'm looking at dipping my toes into the murky waters of self-publishing. I mean, I've been self-publishing my music for years, so why not my writing? All my previously published stuff is now out of contract and/or (sadly) some of the publishers no longer exist, so the plan is to take a bunch of these, tweak them (since I now have a much stronger grasp of grammar, thanks to the day job) and include them with new stories. The theme(s) will be smalltown horror/interdimensional apocalypses/collapsing realities. More news on this SOOOOOOOOOOOOOON!!!!

And that's ya lot FOR NOW. If you're a writer and/or interested in hiring me for editing, please email wayne(dot)goodchild(at)virgin(dot)net. Cheers!